One thing that keeps me amused for hours on end is playing with configs and customising the look and feel of my laptops and PCs. I like to give every device a unique look. It helps me to remember which system I'm using be it Linux/BSD/Windows. One thing I absolutely detest and despise is seemless-cloud-sharing-all-look-the-same devices. Every computer should be separate with its own identity. 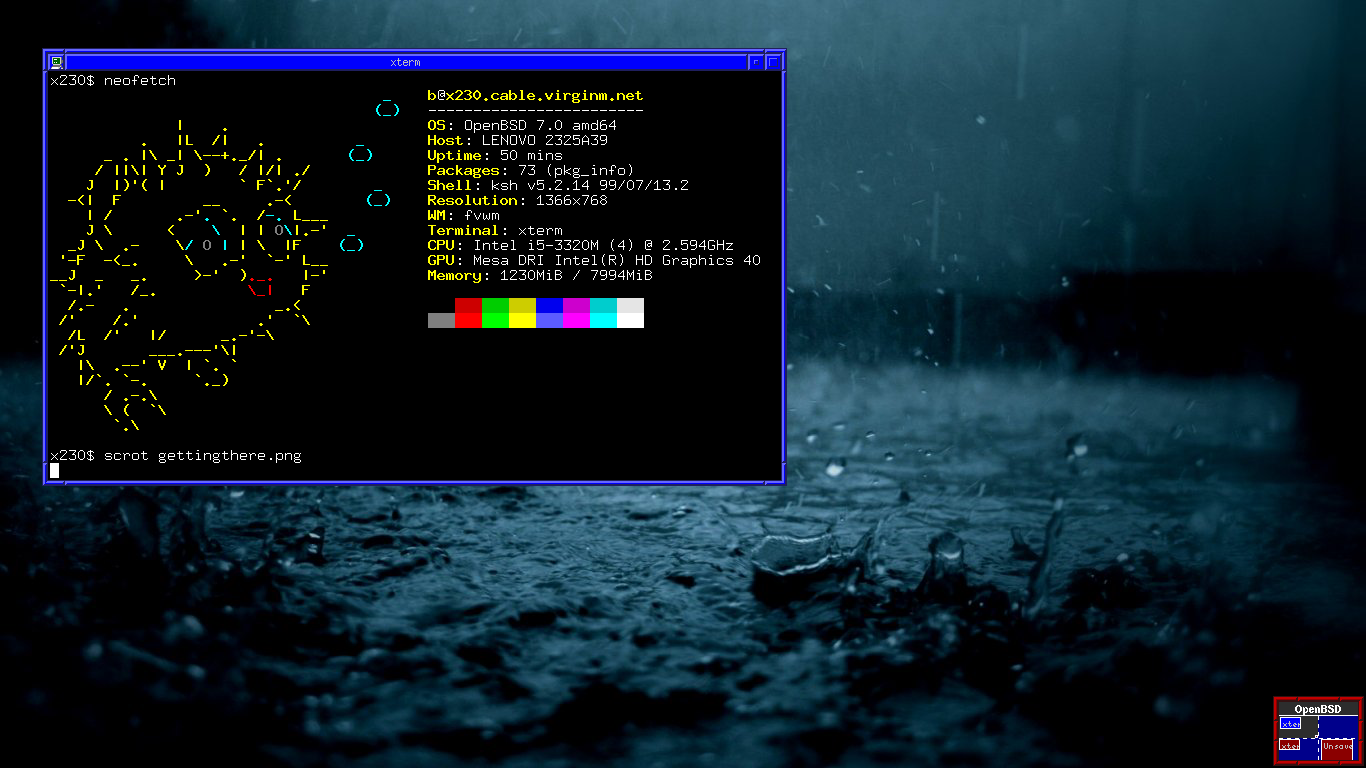 Running OpenBSD 7 on my Thinkpad x230. Window manager is fvwm2. I love the classic look and feel of the default setup. Finding it a challenge to get this all configured and setup how I want it, but so far I'm loving OpenBSD.

I spend a lot of time on my Windows 10 PC, mainly due to using it for gaming and the fact it has the best hardware specs. When I'm editing my HTML or dong other GNU/Linux stuff, I use WSL + Windows Terminal. I used to use Nano text editor a lot. The background image I made from scratch with Paint.NET and the font is Cascadia Code 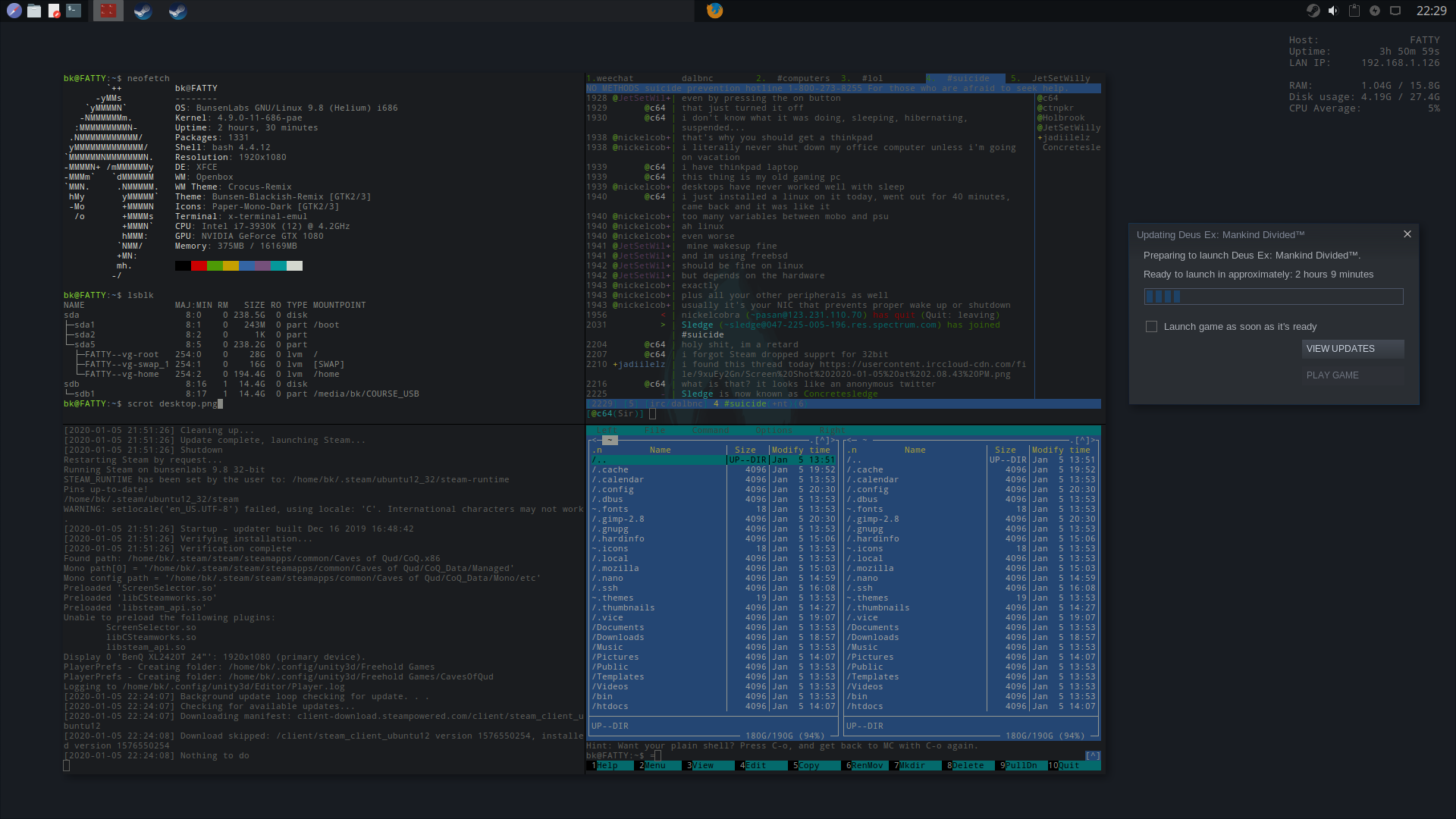 Bunsen Labs GNU/Linux. This is basically just Debian, but you get some nicely configured desktop themes and window managers. 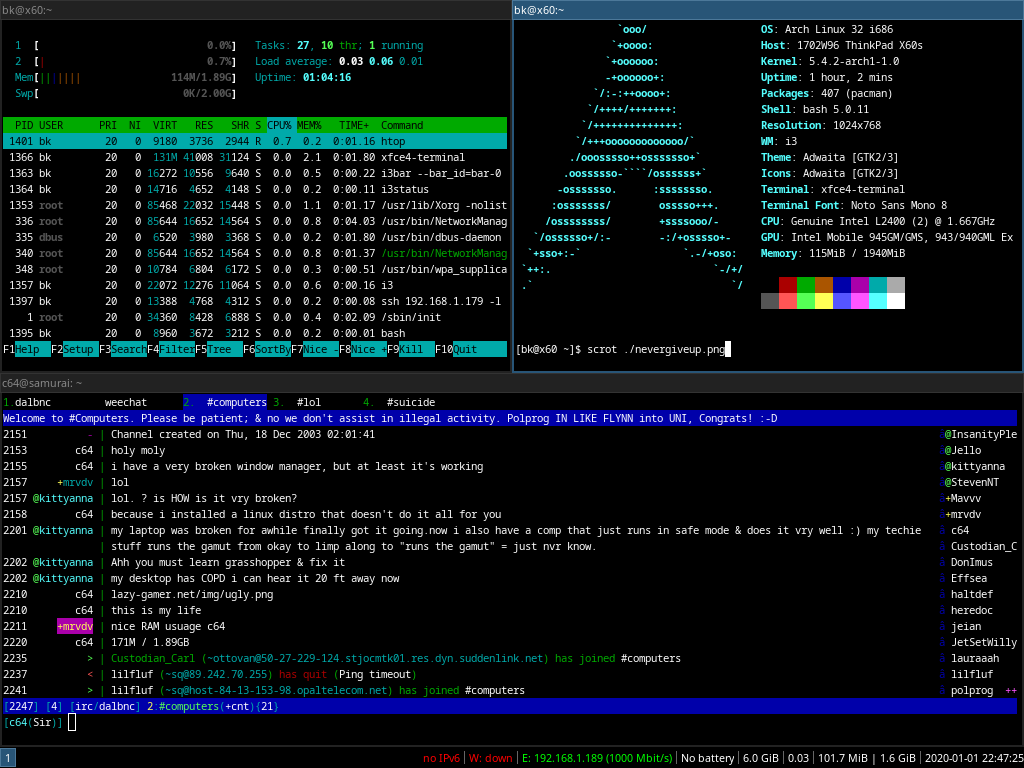 A very ugly looking Arch GNU/Linux desktop. After my initial excitement, I very quickly gave up on this. I will eventually go back but will try the non systemd version which is called Artix.